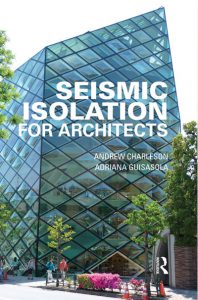 ANYbooks and articles on the seismic isolation of buildings have been written forstructural engineers. However, these publications are highly technical in nature andtherefore are unsuitable for the vast majority of those who design, construct, own, insure andinhabit buildings in seismically active regions. The purpose of this book, then, is to introducea relatively new game-changing technology to a wide audience concerned about how buildingsand their contents are affected by earthquakes.A research and writing project such as this, which seeks to address all issues relevantto seismic isolation, could have been undertaken at any time over the last 35 years. Yet itwould have inevitably left unanswered many important questions relevant to the seismicisolation of buildings. In particular, how confident can we be in the ability of seismic isolationto reduce damage during earthquakes, and second, how does this relatively new approach toprotect buildings from earthquakes compare to more conventional ones? Is seismic isolationreally worth adopting?Within a period of 18 days ending on 11 March 2011, the answers to these questionssuddenly became much clearer. On 22 February the city of Christchurch experienced adevastating earthquake located only 10 km from its centre, and at a shallow depth of 5 km.While only one base-isolated building in Christchurch, the Christchurch Women’s hospital,was tested by the earthquake, so was the entire building stock of Christchurch.

many designed in accordance with one of the world’s most advanced seismic codes,survived without collapse. But tragically, for different reasons, most have subsequently beendemolished. This situation raises considerable uncertainty regarding the appropriateness ofmodern philosophies of seismic design.Then, on the 11 March, Japan was struck by the massive Magnitude 9 TōhokuEarthquake, centred off the east coast. Most of the destruction was caused by the tsunamithat destroyed coastal areas, but earthquake shaking damaged many buildings, and for thefirst time, tested hundreds of seismically isolated buildings on an unprecedented scale.Although subjected to a lesser intensity of shaking than they had been designed for, these buildings performed very well. The two earthquakes occurred within days but were locatedthousands of kilometres apart along the Pacific tectonic plate. Together they both demon -strated both the effectiveness of seismic isolation as well as deficiencies in current designapproaches to earthquake attack, accentuating the benefits of seismic isolation. 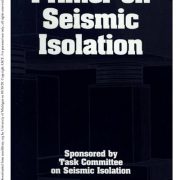 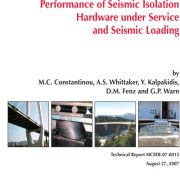 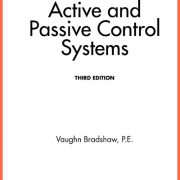